Improving auto-targeting of Assault Turret to better prioritize NPCs it can shoot, and which are close to it.
Poison Status Effect: Reducing tick interval, damage and duration.
EMP Skills and Shock effects will now do damage to several NPC Skills like the Jammer from Support units and the Nail Bomb from Thrower archetypes.

Some fixes in Title Update 9 include:

Fixed an issue causing players to be unable to reach The Angel of Mercy contaminated area.
Fixed an issue causing the Nemesis Exotic to not trigger the Focus Gear Talent while scoped.
Replaced the Thieves Den PS4 trophy that was unobtainable since the expansion launch. It’s currently planned to be replaced by entering the Dark Zone.
More fixes to Gear Sets, fixing Aces & Eights’ Poker Face not working properly, for example.
Booster Hive description will be fixed to correctly state that the hive delivers a stimulant to nearby allies that increases their weapon damage and handling.

Allows players to upgrade exotics up to level 40 at the crafting bench through a new Reconfigure menu.
Reconfiguring allows players to reroll their exotics for a cost, allowing for a chance to get a god roll after acquiring the weapon.
Players can reconfigure the same exotic multiple times.
Reconfiguring uses exotic components and reconfiguration blueprints, which are available for all exotics.
Blueprints are purchasable from Inaya, the crafting vendor.
Existing upgrade blueprints that you own will automatically be converted to reconfiguration blueprints.
Reconfiguration can yield positive or negative changes to the weapon’s roll, and is not impacted by the player’s Global Difficulty setting.

The Northeast League is still running.

There are 10 rewards for participating, including the unique “Hyena Tagger” Backpack trophy.
League UI improvements were implemented in last week’s update, Title Update 8.5, making the UI clearer when transitioning to a new week.

This is the last full week during which players can earn keys through gameplay.
After April 21, keys can still be purchased. Players with unspent keys should make sure to use them before the event closes on April 28.
The Purifier Mask can also only be obtained until this period ends.
After April 28, the Urban Jungle Apparel Cache will no longer be live, but event items will be available for direct purchase via the in-game store in the near future.

Two targets are available now: Neptune and Venus.
A new target will arrive later in April.
Once a target is available, players have the duration of the Season to hunt them down.
Hunt down all five Seasonal Manhunt targets to unlock the unique skill variant, EMP sticky.

Any questions about PVP or the Dark Zones in The Division 2 should be directed to the developers at Massive. 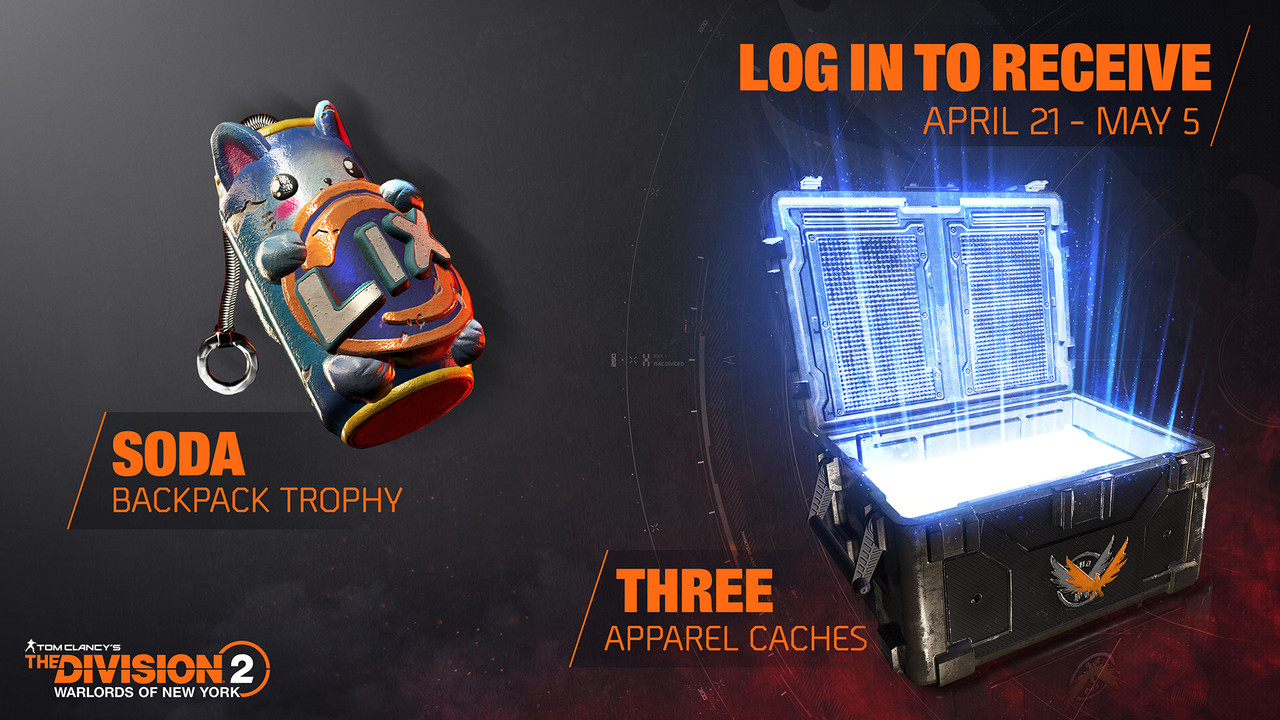 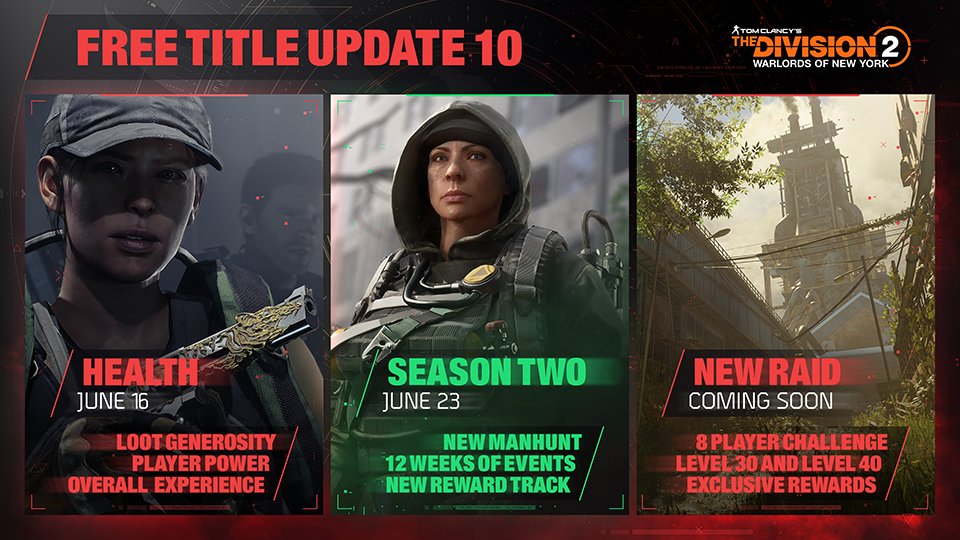 Torna a Xbox One - Giochi